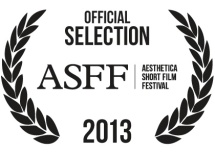 Filmed on location on the island of Lewis in the Outer Hebrides in winter 2013.

The video and most of the audio for Island Going were recorded on Lewis in the Outer Hebrides whilst researching another film about an even more remote Hebridean island. In thinking about the film I was inspired by the poet Louis MacNeice’s 1930’s account of his travels in the Hebrides – he wasn’t impressed. A further influence on the film was the Situationist practice of detournement, where one navigates around one space using a map of another space. I was interested in the possibility of making someone see in the landscape what probably isn’t there. The desolate beauty of the Outer Hebrides also fascinated me but I wanted to make a film that did not concentrate on the usual or identifiable parts of the landscape.