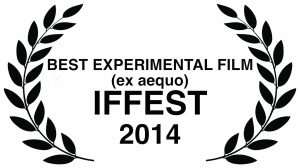 I’ve made a series of films exploring the concept and practice of waiting. The first film below (Waiting) addresses a series of questions about waiting: What is waiting? What happens when we wait? What did the Ancient Greeks think about it and what can science tell us about it now? Do we wait too much and what would happen if we stopped?

Using a documentary format, the film aims to create an expectation of truth in the audience and highlights the reliance of the audience on the sincerity and authority of the filmmaker, especially if the argument being propounded is intended to be absurd.

The style of the film was influenced by “Time is” a 1963 BBC documentary about time by the avant-garde film director Don Levy and aims to replicate the feel of late 1970’s BBC documentaries. The philosophical style is based loosely on the writings of Jean-Paul Sartre and Maurice Merleau-Ponty.

The four very short films at the bottom of the page were sketches of ideas which influenced the final film.

A single unmediated experience of waiting.

A film made whilst waiting.

A cast of hundreds. Waiting.